Posted on June 30, 2019 by charliecountryboy

I stared up at the ridge, awaiting the hordes, I felt a nervous anticipation and my ‘Marshall’ partner said, “It’s a bit scary waiting for them all to come charging at us.” She is only 15! 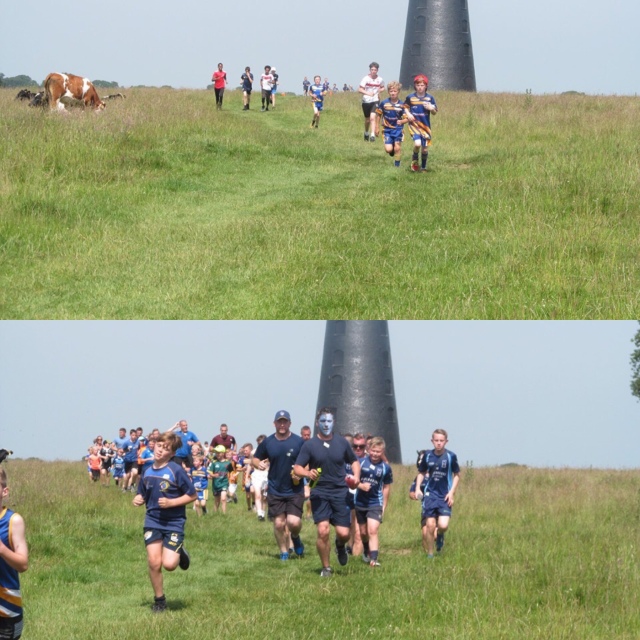 Thankfully this wasn’t a Barbarian attack, but the Beverley Braves Rugby kids charity 5k Run, all 200 of them! It was so hot yesterday I think the Barbarians would have cancelled slaughter and pillage, but these kids were tough. Yes, at long last and after a lot of hard work there is going to be a Park Run in Beverley (We’ve been told not to tell anyone or put it on social media, until it is definite, but you guys can keep a secret 😂) This was also an excellent chance to test the course before the real thing in a few weeks whilst giving the kids a good testing route for their event. In the past they used the Golf Club, but the club has never been overly enthusiastic, so two members of the community have been helped and we haven’t even started yet 😉