Posted on March 9, 2019 by charliecountryboy

His leathery face so close, his bright blue eyes penetrating, searching. I felt the fear I had felt earlier. Slowly he nodded and walked away. 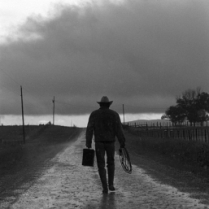 A younger man spoke. ‘This man is the patron of the bar and he wishes to buy your fish,’ he said motioning to a short fellow with a round smiling face. ‘You are tired so we will carry your fish to the bar. When you are rested come to the bar and he will pay you, he will give you a good price.’ We agreed and the whole crowd of us headed up the hill towards the van, there was much talk and many questions.

‘Where did we find the fish?’

How deep did we go?’

The crowd left us and we brewed some tea.

‘Well?’ he looked at me inquisitively.

‘I wouldn’t like to do that every day.’ I answered with as much bravado as I could muster.

That was his way. Get used to it or do something else. I wasn’t sure if I wanted to get used to it. I decided to tell him about my experience. I was unsure if I had taken the challenge of the sea and won or if I had been defeated and humbled. I thought I had faced fear and conquered it. Or had I? What did that mean? He sat for a while then spoke.

‘No, The sea is an inanimate object, it doesn’t think or feel. You defeated your inner-self. The part of us that wants to quit and go running home to mummy. Life is an experience; today was just another notch on your life pole.’ He grinned.

We headed to the bar. We took two stools at the bar and ordered beer. A woman appeared from the kitchen carrying a huge plate containing some of our catch.

‘My wife,’ explained the patron. ‘Please choose one each.’ After a while she returned with the cooked fish accompanied by potatoes boiled with garlic in a way that only the  Spanish do well. The patron smiled. As we finished our meal the men of the village drifted in. There was much talk of bravado, rough seas and of course the fishing. Very much later and after many beers we decided to take our leave and asked for our bill. The patron refused, his wife refused, the whole bar refused. On the way out I saw the old man again and he beckoned me.

‘Today you have learnt not to fear the sea. You must never fear the sea,’ he said. ‘Nor must you underestimate her. But, you must respect her. You are young and today maybe you underestimated her, maybe you showed her disrespect and maybe you didn’t, that is not for me to say. Whatever you did today she forgave you. Be careful young one. She does not forgive often and rarely does she forgive twice.’  With a grin he turned and left. 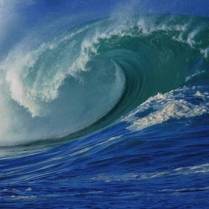 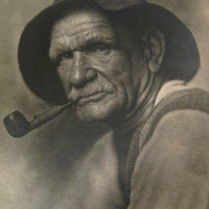 I hope you enjoyed this, it was the scariest day of my life, but I guess I was too young to die, that day, 😉