From DJ to Disco King (We can all do it)

Posted on April 22, 2018 by charliecountryboy

So to carry on from last week, after travelling around Europe I returned to Yorkshire for a bit of Christmas cash to discover my old employers had had enough of the Disco business and offered to sell to me. Now for a man with no money and living in a camper van this idea was not without its obstacles. Cut a long story short: One year later after living in their caravan, working for no wages and running the business for them we (another Mrs CCB) agreed to monthly payments, bought a house from business funds and they were free to retire. 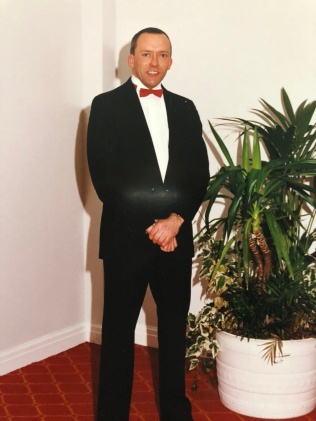 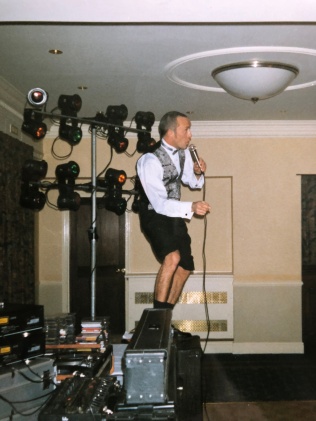 We  bought a house with a swimming pool. Now your confused? OK, I needed somewhere to store the gear. We built a plywood floor over the pool and hey presto an equipment store 😀🍾 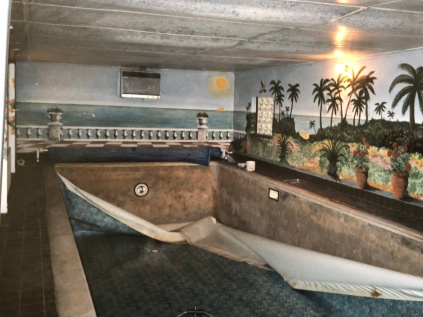 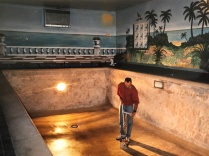 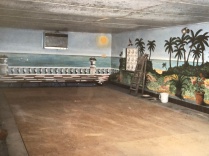 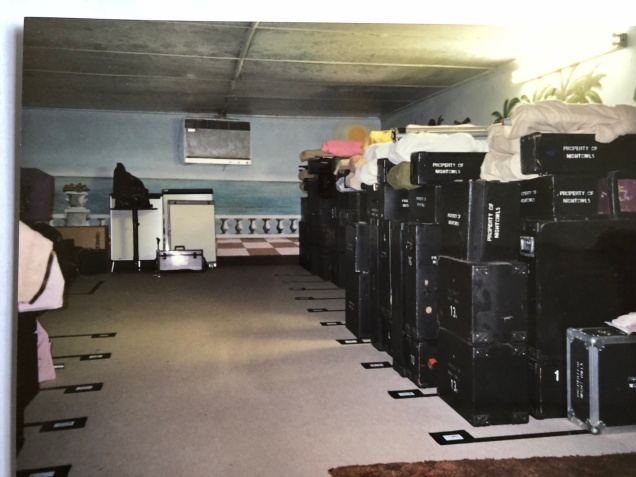 So, what was the secret to success? Recession, during the recession of the late 80’s business dropped off. We operated by having contracts with hotels, we supplied the equipment and the DJ, they supplied the work. When work dried up I had read somewhere that in Chinese crisis can be interpreted as opportunity. So I went out and sold our business everywhere, doubling our clientele and building 30 individual Disco rigs. This meant we maintained volume of work but with a lot more customers, then after the recession lifted holy moly (for my American cousins) we were cooking on gas, 328 gigs in December 2000 alone 😀. But, for those five years instead of doing Discos I visited Discos, advising, training and monitoring. 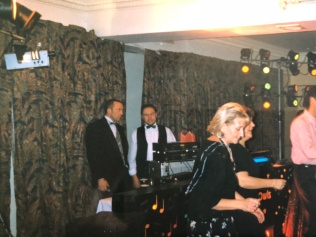 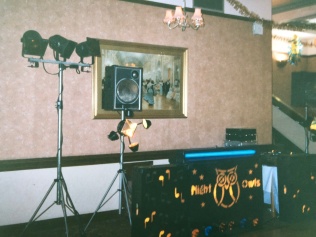 Probably the largest Disco company in Yorkshire? Some said we were, but I’m not sure, we certainly weren’t an agency,  as we owned, installed and collected all the equipment. After five years it was time to move on, I’m a doer not a watcher and DJ’s can be unreliable. One New Years Eve with two DJ’s down Mrs CCB had a crash course in the art and found herself entertaining the public at Headingley Cricket ground complete with playlist and a heart rate of probably 145 BPM 🙂 So where did the Disco King term originate? Well, a few years down the line on my wedding day to a new Mrs CCB I employed a Jazz band for the evening and at the end of the evening the band leader remarked how he thought it was great that the Disco King of Yorkshire chose a live band rather than a Disco for his own wedding 🙂 Is the company still going? Yes it is, founded in 1985 Bruce Bendall took over Night Owls after me and he is still going strong, not bad for the second best DJ in Yorkshire 🙂  So, don’t forget, crisis can mean opportunity you don’t have to sink, just swim twice as fast 🙂