Posted on February 24, 2018 by charliecountryboy

When Bram Stoker arrived at Mrs Veazey’s guesthouse in Whitby in 1890 did he imagine that 128 years later there would be a ‘Dracula  Experience?’ Probably not 🙂

But, a trip to the library, Abbey and graveyard and he had the seeds of a story. All I got were a few photos and a blog post. In the library he discovered  Vlad Tepes, a geezer who impaled people on wooden stakes during the 1450’s (and you think Donald Trump is bad news) Bram also heard about a Russian ship the Dmitry sinking off the coast some years earlier and ‘voila’ he had a tale about Count Dracula surviving a shipwreck, landing at Whitby and then wreaking havoc. You know the rest, if you don’t check out Christopher Lee. Personally I always found the whole vampire thing quite sexy, but back to the post. The drive to Whitby skirts the North Yorkshire Moors, barren or beautiful? I’ll let you decide. 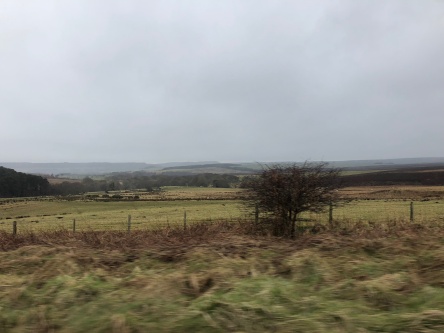 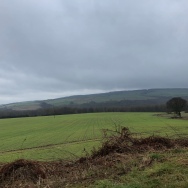 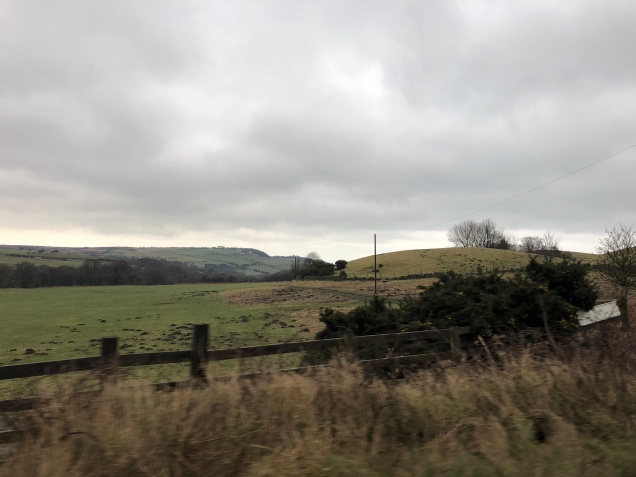 Whitby is also famous for Whaling (until 1837) Fishing, since the 1500’s,  Captain Cook  a Goth Weekend  (great post from  Lenora) and of course something close to all our hearts and stomachs Fish and Chips. 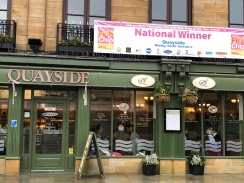 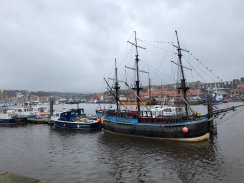 I indulged in the Fish and Chips (of course) and at the Quayside I was intrigued to see a notice informing me, not only where the fish originated from, but identifying the trawler. No fish from Whitby, hmmm sign of the times maybe? What about diversity!? I hear you cry. No? oh OK 😦 How about a Tattoo Studio alongside a traditional Fishmonger? 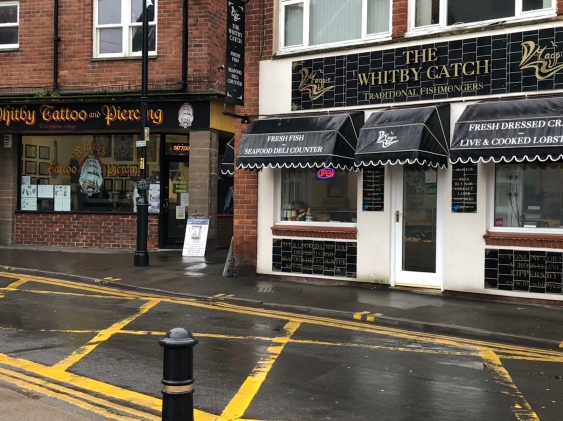 Did I mention it that it was pouring with rain? Anyway after a walk along the harbour and seafront it was time to head home, Captain Cook’s house was closed and I wanted to see the Abbey. 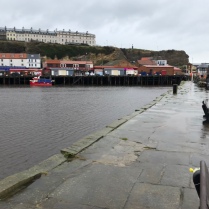 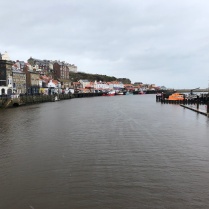 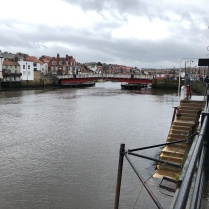 The origins of the Abbey date back to the 657 which is long before our old mate Vlad the Impaler and his wooden stake act. It’s spectre still looms over Whitby today and I can see how it caught Bram’s imagination. 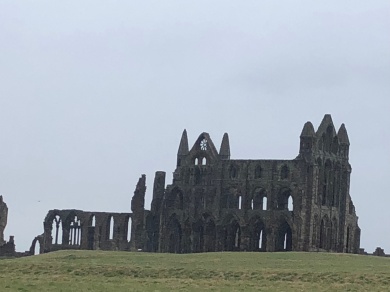 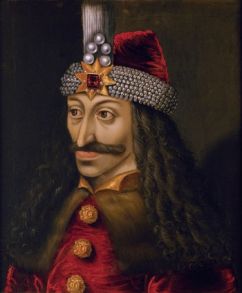 So even though it was a cold wet day in Whitby it was quite lovely; especially the Fish and Chips and the scenery is not half bad even if there were no sexy vampires haunting the alleyways 🙂 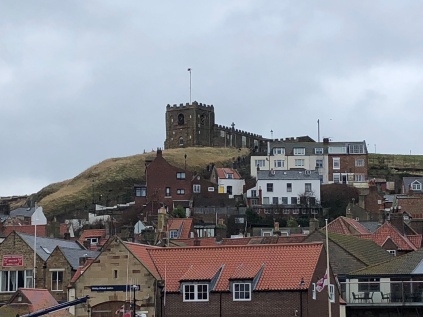 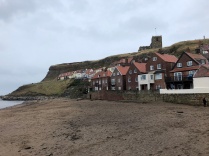 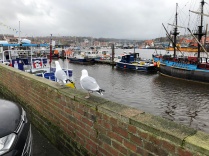 22 Responses to Whitby, Count Dracula and Fish and Chips