Posted on December 9, 2017 by charliecountryboy

John and Mudguts returned to the mainland, so I lost my buddy and my new leaf had well and truly turned. After all my ‘adventures’ I was put on a gruelling training regime to ensure I didn’t have the energy or time to cause any more trouble. This involved running up and down a mountain every evening, about 6 miles and diving all day. I washed in the sea. One day I  dived seventy five feet and climbed into a hole looking for Grouper as I slid back out of the hole, empty handed, I was stuck. 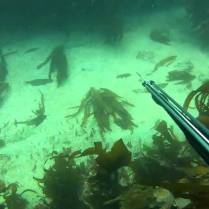 This isn’t a pleasant feeling with seventy five feet of ocean above you and a snorkel full of seawater. The Master had impressed upon me that panic will kill you. I’m so glad he did. Although I was swallowing desperately as my body searched for oxygen I analysed my situation and concluded that my homemade weighted backpack had snagged on a rock above me. I dragged myself back into the hole and pulling myself down, slid out and up. Air has never tasted as good as it did that day.

That was enough excitement for one morning, Master had a cold and couldn’t dive so I had been alone. I returned to the van in time for lunch. Shortly after my return two Guardia Seville arrived and stated that a vehicle had been broken into across the road and all the luggage stolen. I hadn’t been there, the Master was dozing and obviously not well so they seemed happy enough and left. Thirty minutes later a car skidded into the car park and two plain clothed officers got out. I wasn’t overly impressed with their interview technique. After smashing my head against the side of the van they bundled me into their car instructing The Master to report to the police station at six pm. We drove to the Dutch guys camper (remember him?) he identified me as a cushion thief, we drove to the local shop and the lady identified me as the attempted cigarette thief. We then drove to the police station and played a game ‘good cop, bad cop.’ One of them beat me. repeating the same question, ‘Why did you steal the cushions?’ In between the beatings ‘good cop’  held me up, encouraging me to tell the truth and he would stop his friend. I wasn’t about to confess to something I hadn’t done. I reflected upon the American campsite Mudguts and I had bombarded, stopping the traffic in Javea and generally being a nuisance and wondered if this was what they called ‘Karma.’ I do remember falling to the floor, hoping for some sympathy, I got a kick in the stomach so, deciding this was not a good ploy I got up. Six pm came after five hours. I was removed to the foyer with tissues to stem the flow of blood from mouth and nose. 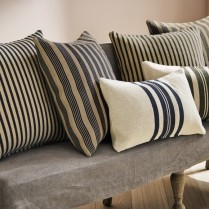 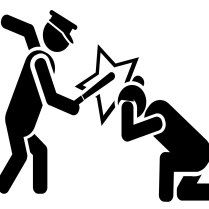 Bad cop turned into good cop, put some paperwork in front of me stating gently that if I signed it I could go. At that very moment the Master arrived. They shut the door on him, but he shouted through the door. “Don’t sign anything.” Which he repeated three times before a policeman opened the door and quietened him. Meanwhile, ‘bad cop’ had become warm, friendly and sincere. He explained it had all been a terrible mistake and once I signed the papers I was free to go. I didn’t sign the papers so, my new found friend shrugged, smiled and helped me to the door. The Master helped me into the van, but before firing it up he turned with a grin on his face. “British Consul, busy, was he?” I had to smile, painful as it was. The Master threw me into the sea claiming ‘she’ could cure all ills and let me float around for a while. We left Mogan a week later. It was March and our six month tour was up, apart from the the fact we had been encouraged to leave town by the local constabulary.

“Now, it seems to me some fine things
Have been laid upon your table,
But you only want the ones that you can’t get.”

In all honesty I wouldn’t change a thing 😉