Posted on October 29, 2017 by charliecountryboy 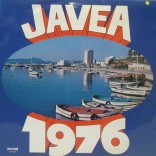 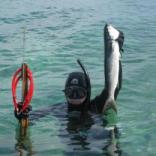 Interestingly, I wasn’t in my home town but possibly needed direction 😉 After the grape picking and with the help of a pin and a map we headed for Javea   and two became four. The Master, myself, John (older Aussie) and Maggots (younger Aussie).

After driving through the night we arrived in Javea mid afternoon. Maggots and I immediately donned our Speedos and whooped into the sea. An effeminate voice called out. ‘I wouldn’t swim there dear, it’s where the sewer pipe empties.’ Remember this was 1976, a blue beach could actually be blue, contaminated by chemicals and sewerage, but this one had looked okay. The Master took note, because for spear fishermen, sewerage is good, where there’s s*** there are Grey Mullet 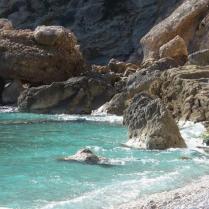 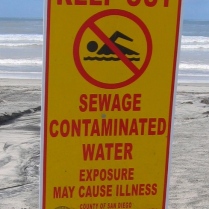 Anyaways, enter Ronnie and Laurie, two ex-merchant seamen, who owned the Cave Bar, to which we were duly invited that evening. We found a place to camp by the harbour, only to be informed by the Guardia Seville . “No es posible acampar aquí.”

“Pesca submarina.” replied the Master. Apparently, if you catch fish underwater you camp wherever you like, although this raised a concern for our safety. The solution was for them to visit our vehicle regularly throughout the night. Of course they would require subsistence, so it was agreed we would leave a bottle of wine and two mugs out. Akin to leaving a glass of whisky for Santa… every night.

The Cave Bar was decorated like a Cave (strange that) Ronnie and Laurie had been together for years and were fun chaps, except for one night, when Laurie bit my bum. Maggots explained that I needn’t worry, it wasn’t a Gay thing – it was an Australian thing, – needless to say I explained, it wasn’t ‘my thing.’

Maggots and I had formed a duo, not an entertainment duo, you understand; we were more of a… ‘hearts and minds’ duo. We set out to win as many as we could. The local girls in Javea had hearts to be won and our support of the local vineyards had fast become legendary. So much so, that the Master and John, concerned about our spending, took all our money away! So, a cunning plan was devised. The barman in the Cave agreed to swap wine and beer for light bulbs. There were a lot of light bulbs in the Cave but there were even more in Javea. We rose to the challenge magnificently and so, our decadence continued. 😉

Part-time Carpentry Assessor. writer, runner, guitarist. Curious about life and all those wonderful people in it.
View all posts by charliecountryboy →
This entry was posted in 1970'S, History, Humour, Life, Travel and tagged 1970'S, Backpacking, Dark Side of the Moon, Guardia Seville, Humour, Javea, Pink Floyd, Spain, Travel, Wine. Bookmark the permalink.