A Language of Your Own

Posted on August 31, 2015 by charliecountryboy

This is a couple of years old, but does tie in with the last post, so I thought I would follow on with a prequel (doesn’t make sense but neither do I most of the time) 🙂 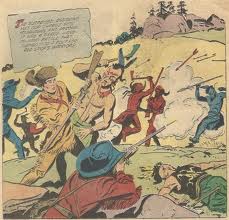 When I was a very small boy I didn’t speak English. My family communicated with me by using pictures. I would say something and they would get out various  books and when I spoke they pointed to things until I nodded.

An example; I once informed them that there was,”A howashay bin da cowashay”. After several books, even more tantrums (they weren’t very good at it) and a walk around the farm they finally understood. “There was an elephant in the cowshed”. Of course, I was the only one who could see said elephant, so much had to be taken on trust.

One day an electrician came to do some work and so I assisted him (fresh meat). Upon leaving he posed a question to my mother.

“Back where?” asked mum

Part-time Carpentry Assessor. writer, runner, guitarist. Curious about life and all those wonderful people in it.
View all posts by charliecountryboy →
This entry was posted in Life. Bookmark the permalink.

3 Responses to A Language of Your Own