Posted on December 15, 2012 by charliecountryboy

This is why when I was younger I travelled a lot. When you are travelling (or bumming around as I am told it really is) you don’t have any committment. You don’t plan to sit in bar until 3am speaking really bad French to some equally inebriated Frenchmen, nor do you plan to sit on the beach all day playing a guitar. You don’t plan to have tantric sex for three days with a woman 10 years older than yourself.You don’t plan to sit on a beach all night with an Australian kid while he points out just about every constellation in the sky and discuss the origins of the planet, the Mayans, the Incas and Van Daniken.

You have your palm read by a strange American guy who tells you stuff even you had forgotten about yourself and disappears one night just as mysteriously as he appeared. All these things just happen. Well, apart from the Tantric sex thing, that’s just wishful thinking of a hormonal eighteen year old.

I wonder if the world would be a different place if all youngsters were sent off travelling by their guardians. Imagine if Richard the Lionheart had been backpacking and had got smashed with Saladin in a grotty little bar. There was twenty years difference in their ages but Dicky might have seen Sal as a mentor rather than an enemy. Or even better, if President Barack Obama had sat under the stars drinking Bud with President Mahmoud Ahmadinejad when they ‘lads’. Imagine the craick they would have in the UN these days. Oh well, I can dream, can’t I? 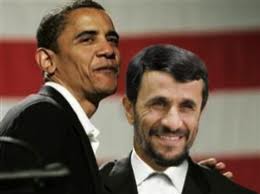